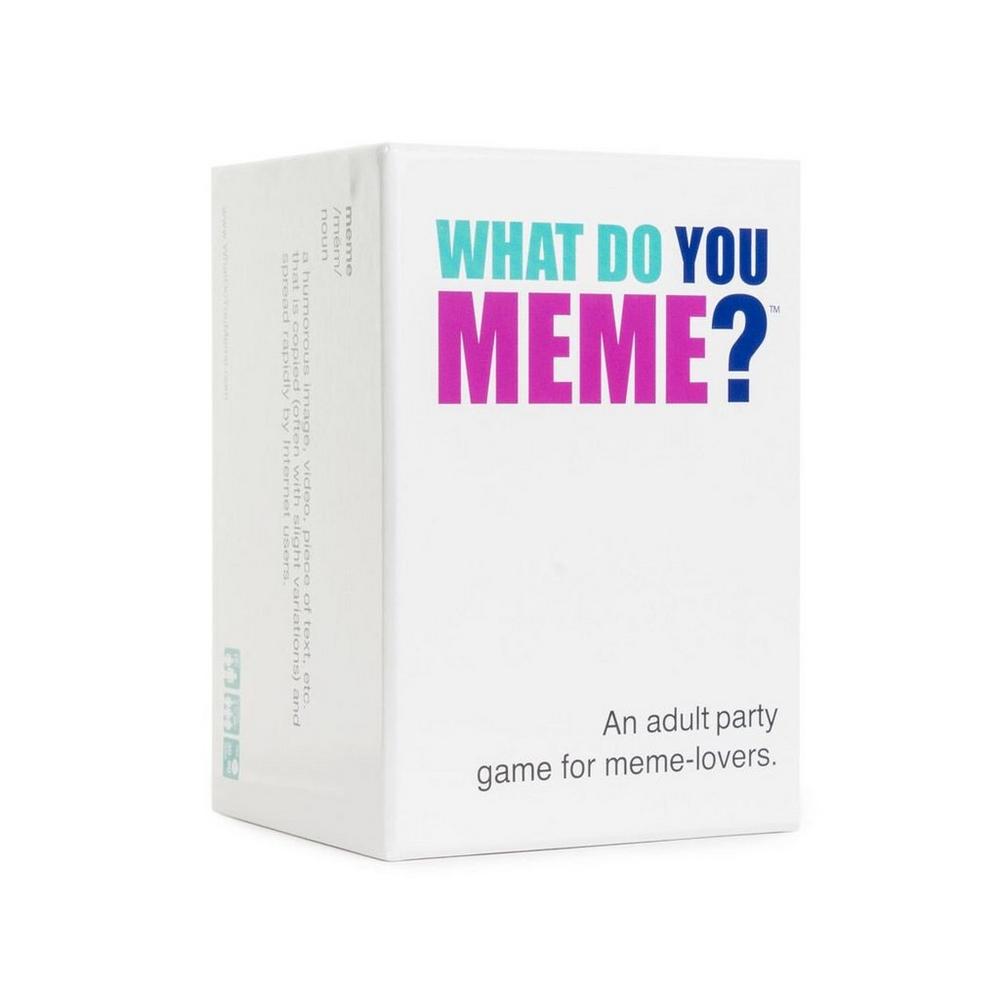 Everyone knows that it’s impossible to grow out of board games. Once you become an adult, they only seem to get more fun! We did our due diligence to research the best trending adult board games, and we discovered our top three favorites for fun game night ideas for adults. Whether you’re having a party or a couples date night in, one of these games is sure to become your all-time favorite for 2019.

What Do You Meme?

What do you meme you've never heard of What Do You Meme? This is one of the best adult card games that's on the market, but let us be clear- IT'S ONLY FOR ADULTS. The box says 17 and up, but reviewers say it's pretty vulgar and inappropriate. It's not one for the family, but for just a couples night?! You'll laugh your pants off. What Do You Meme? was brought to the market in 2017 and within two years, it has over 5,600 reviews; ranking 4.6 out of 5 stars, awarded number 3 for best grown-up games and number 35 under toys and games bestsellers.

Here's how the game works: Whoever can create the best meme based on the judge's decision wins the round. There are caption cards and photo cards. The goal is to match the funniest caption with the photo card that's shown. Each player receives seven caption cards, and you rotate each round who's the judge.

The game comes with 435 cards total, 360 being caption cards, where the 75 left are photo cards. This game can be played with as little as three players or as high as 30 players. The perfect game for any get together!

Codenames is an excellent choice for a  great game night idea for adults. It’s easy to set up and learn, yet super entertaining. It’s secret agent-themed and considered a social word game. In the game, two teams are going against each other. You can give and receive clues to try to discover the spies that you only know based on their codenames. This one takes a little more patience and active thinking to win! It’s best played with a total of four people, but you can add more. It's almost like a movie.

This would be one of the best games for couples game night! How much fun would it be to go against another couple, or better yet, join teams with your best friend and decide to pin against your husbands?! Codenames is rated in the top three for best board games and ranking number 29 in best-selling toys and games on Amazon. It comes with a total of 265 cards!

This may be our favorite game out of the bunch, but that’s just because we tend to be a little obnoxious. Spontuneous is an interactive song game! Any ages can play, but nothing can beat getting your husband or wife to sing, am I right?! The purpose of the game is to be the first to come up with a song to sing based on one word. One player is chosen to say the “Trigger-word,” and the first to sing a song containing that word with a minimum of five words sung wins the round.

You can play this game in small or large groups, and you’ll be sure to roll on the floor laughing while hearing the different songs that come to mind! If you’re looking for an upbeat and appropriate game, this is the adult game for you!

All in all, we encourage you to add some new games to your pile or pull out the old ones! You can never go wrong with a classic, like Scrabble or Monopoly! We hope these games bring you loads of fun and lots of giggles. If you’re in the market for something new, Vidler’s has a plethora of games to choose from. Come visit us today!