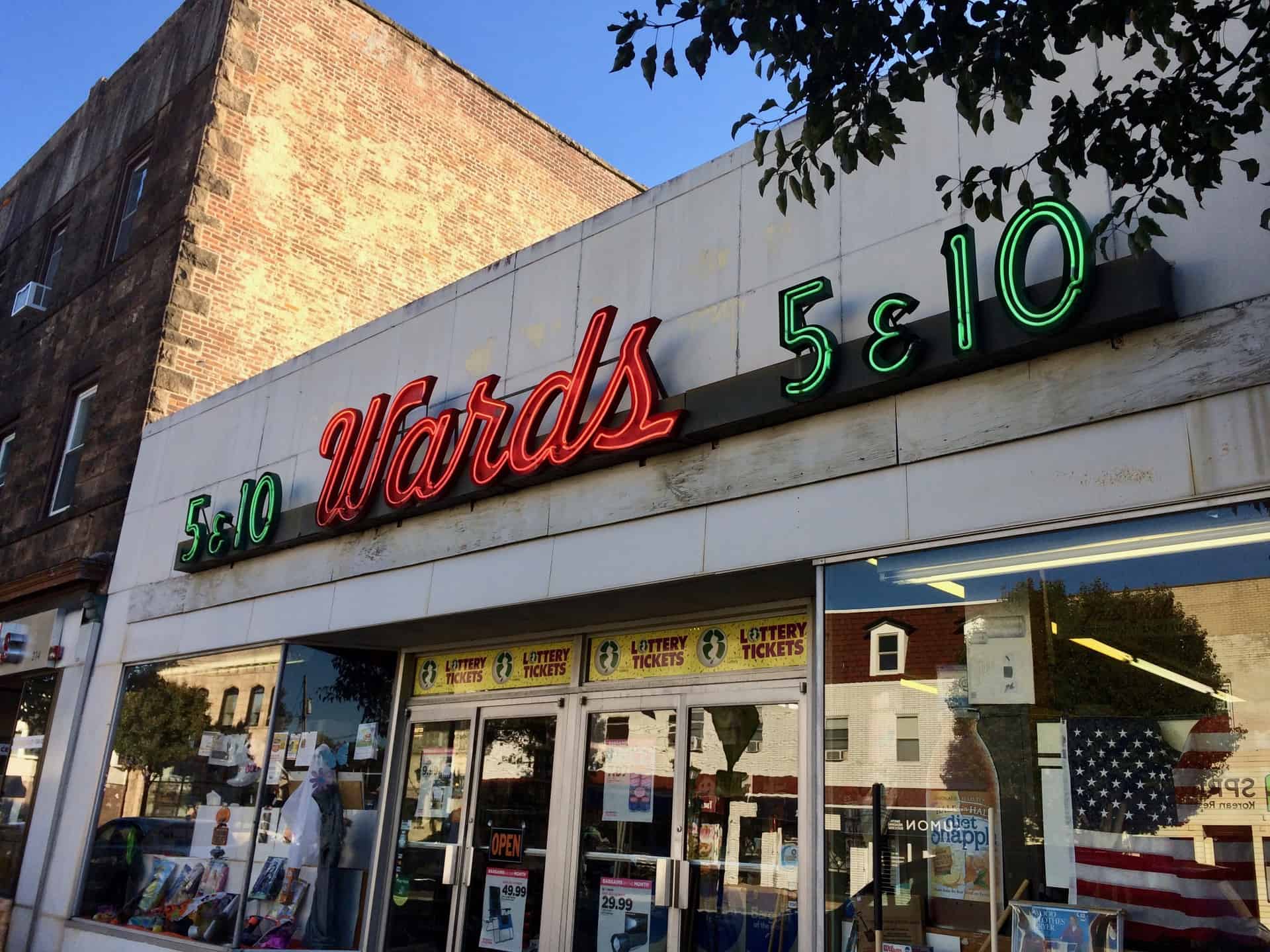 5 & 10 stores are thought by many to be a thing of the past. At one point, nearly every major city and small town in the U.S. had one (or more) on their Main St. serving the local community.

However—times have changed and now the 5 & 10 variety store is mostly a relic of a bygone era. The major, national chains – Woolworth’s, Murphy’s, S.H. Kress and more, were all gone by the year 2000. But there are a surprising number of family owned five and dimes that have not only survived, but have thrived in this era of big box stores and on-line shopping.

And in this post, you’re going to learn about 10 of the oldest 5 & 10 stores that still keep their doors open to this day with the next generation(s) of the founding families still managing the shop on a daily basis. We make an effort to stay in touch with each other via email, in person at trade shows or when we visit each other’s stores.

If you love shopping, history, and the nostalgia of the old-time variety store and attentive, personal customer service, then these are the merchants that you absolutely must check out on your next shopping trip or vacation. Not only that, but at every one of these stores there’s a very good chance you’ll meet and be waited on by one of the family. Or ask for them and they’ll be happy to say hello!

For over 70 years, the Stickle family’s store has been a mainstay in the historic town of Rhinebeck in New York’s Hudson Valley. Yarn is a cornerstone of Stickle’s, thanks to Matt Stickle’s wife, a knitter who wanted the shop to double as a high-end yarn supplier. That part of the shop is referred to as the Knitting Garage, selling hard-to-find yarns and offering classes.

Branson, Missouri, The Hartley family has owned and operated their five and ten since Dick Hartley first opened in 1961. Today his son, Steve, and Dick’s son-in-law, Dave, run the store. While Branson has grown into a Midwestern entertainment mecca in the past 25 years, Dick’s has been a destination in its own right for over 50 years. Known for their collections on display including more than 100 signed WWII Aviation Prints and G Scale Trains, including two that run overhead.

It’s been family-owned-and-operated for four generations, since 1916. You’ll find clothing, home essentials, natural yarns, classic toys, and so much more.

This store also has a really interesting history. For example, back in 1933, during the blight of the Great Depression, the name of the store was temporarily changed to The Economy Store, to reflect new lower-priced inventory and merchandise.

They offer a truly nostalgic shopping experience, unlike any other.

Find books, candy, old-fashioned sodas, and an array of hand-picked merchandise (specifically selected from family-owned businesses across the country).

And even though the store has grown and developed into a modern day shopping destination, you can still see black and white photos of the original store and location hanging up along the walls, along with some vintage decor hanging from the ceiling.

Founded in 1930 at the onset of the Great Depression, Vidler’s (located at 676-694 E Main Street) has been a mainstay shopping destination in East Aurora, New York for over 90 years now.

Come on in for gifts, knick-knacks, candy, collectables, retro and vintage toys, school/office supplies, seasonal items, candles, and all kinds of other random things that you literally won’t find anywhere else!

And most recently, we’ve carved out a niche as a location for scenes in 5 made-for-TV Christmas movies. Think Hallmark, Lifetime or the ION networks – and you may have seen us!

We’d love to have you!

A landmark destination in northern Michigan since opening in 1942. Today, the 3rd generation of the Bachman family is in the store on a daily basis. Renowned for their candy counter, you can also see their historic walk-in safe from when part of the store was Antrim County's first bank.

Located just blocks away from the University of Delaware, on Main Street in downtown Newark, they carry a huge range of clothing items, gifts, seasonal merchandise, party supplies, and more.

They’re also an awesome option for shopping for all of your favorite University of Delaware gear and apparel.

If you happen to be passing through Newark, or visiting the University, then National 5 & 10 is a must-visit five and dime store that absolutely must earn a list-spot on your historic shopping radar.

A long-time favorite on the eastern end of Long Island, it’s been a 5 & 10 variety store at the same location since 1922. Only 2 families have owned it, with current owner Lisa Feld’s folks acquiring the business in 1972. Well known for their large assortment of crafts and notions.

Perhaps the last 5 & 10 remaining in Indiana, this landmark store was founded in 1958, and has the 4th generation of the Miller family in the shop on a daily basis. They specialize in “hard to find items,” and the common local expression is “try Miller’s first” before going on-line or to a big-box store.

Hard to believe this hometown gem is just a little over 20 miles from Times Square in midtown Manhattan. For over 50 years Ward’s has been serving the local communities in northeast New Jersey. The third generation of the Mauer family is at the helm, and they sum up their offering succinctly with their slogan: “Everything. Since 1960.”

There you have it! 10 of the greatest and most well-known 5 & 10 stores from a bygone era that are still going strong in 2022. Walking through the doors will invoke some serious nostalgia. You’ll also probably walk out with a ton of awesome stuff in-tow, as well as some beautiful new memories made. Traveling to these locations is also an adventure in itself.

We want to know! Have you been to any of these other 5&10’s before? Are there any you love that we missed on this list? Stop in to Vidler’s to tell us about it, and we’ll tell you something equally fascinating in return.