Why We Aren’t Open On Thanksgiving 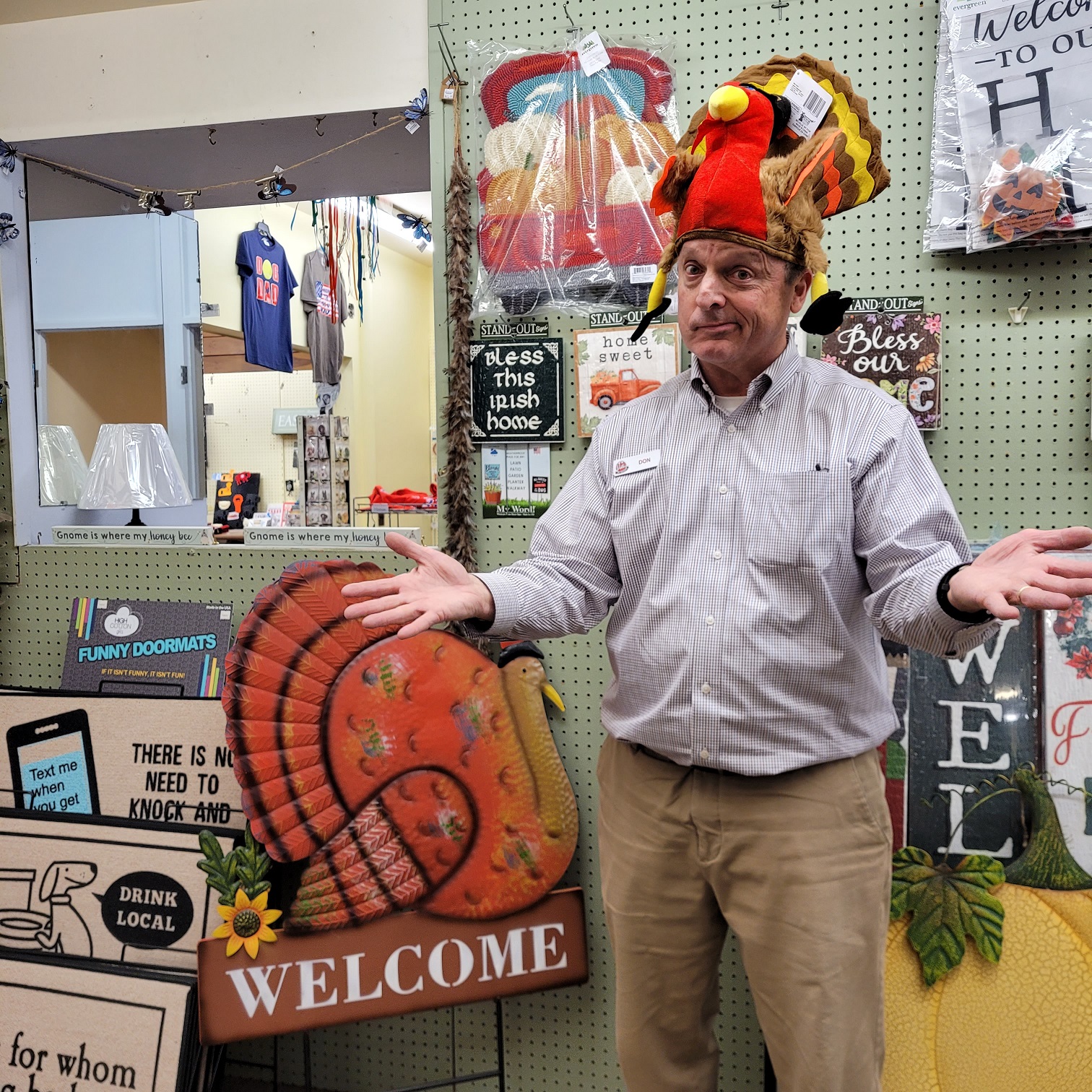 Here’s one item that you’ll never hear about Vidler’s: Open on Thanksgiving Day.

In our 92 years, we’ve never opened on Thanksgiving Day, and we never will.

A story in the Rochester Democrat and Chronicle in 2013 perfectly described Vidler’s 5 & 10 Thanksgiving philosophy.

Thomas Tobin wrote that over the years, holiday creep had been tainting Thanksgiving the way mold and mildew discolor the grout between your kitchen tile.

“As most people know,” Mr. Tobin wrote, “the holiday creep around Thanksgiving and Black Friday has been, well, creeping for years. It started with early-morning Black Friday openings at the big-box retailers. Then, one of the stores opened at midnight Thanksgiving ... Then the big chains chose to open on Thanksgiving evening, presumably after the traditional feast was over, and families, tired of the bonding, were scattering.”

He noted that one national discount store – whose initials are Kmart – would be opening 6 a.m. on Thanksgiving Day, and that “Macy's for the first time will open on Thanksgiving night.”

But he sensed a revolt. Some businesses remained closed on Thanksgiving “as a small act of defiance toward our mad, mad, mad world of merchandising.”

Some businesses remained closed on Thanksgiving “as a small act of defiance toward our mad, mad, mad world of merchandising.”

“A lot of people,” Mr. Tobin typed (surely a man of Mr. Tobin’s intellect and propriety doesn’t write at a computer keyboard), “want to hold back the tide of holiday retail.”

Here is my favorite sentence from Mr. Tobin’s typewriter: “Don Vidler apparently is one of those.”

There’s more: “Vidler owns Vidler's 5&10 variety store in East Aurora ... There's more interesting stuff in Vidler's than anywhere else. You get the sense there's a treasure hidden in a bin somewhere down the next aisle.”

Mr. Tobin then describes an email we sent out that year, which included this headline: “Thanksgiving Newsflash.”

He expected to read sad news. “My heart kind of sunk,” he recalled. “Vidler's is going to open. It has succumbed to the pressure.”

Stick with him: “Wrong!” he typed in triumph. “The newsflash was that Vidler's is not going to open on Thanksgiving. ‘We will be closed all day on Thursday, November 28, and we and our employees will be home with our families!’” the email said.

Why We Stay Closed

Those who know us know that Vidler’s is like home, some of us are actually family, and the rest of our employees are practically family. We laugh together in the good times, lend a hand or a shoulder – often both – in the hard times, and we always celebrate the big holidays, such as Christmas and Thanksgiving, by taking the day off.

I know of a fellow down in Lonoke, Arkansas, who ran his furniture store out of his house, and for nearly forty years, he never closed – not for Thanksgiving, New Year’s, Fourth of July, Doctor Seuss’s birthday or Christmas even.

His daughter tells of the Christmas Day a family arrived in search of a dinette set, and the only one they liked was the one on which the family was eating Christmas Dinner. “They needed one; they liked it,” his daughter says. “We went to clearing the table off and moved dinner onto the bar.”

You have my pledge that at Vidler’s 5 & 10, we will never ever open on Thanksgiving Day. If someone shows up at our house wanting to buy the dining table out from under our perfectly roasted Meleagris gallopavo (otherwise known as a turkey), we will exclaim:  “What kind of cretinous capitalists do you take us for? This is Thanksgiving Day! Can you hang out until midnight?”

As a service to our customers, may I suggest these kitchen tools for the perfect feast, but this is fair warning: Buy your gadgets no later than the day before Thanksgiving. Because you know what.

At Vidler’s you can purchase turkey lace to tie up the bird’s legs, baking sheets to keep the bird moist, basters to slather it in succulent juices,  and Meleagris gallopavo frills to further demean the creature before you rip into its flesh. Make Thanksgiving memories with unexpected treats, such as hobo pies cooked over an open flame in a Rome Pie Iron, or fruit-filled pies, or breakfast waffles in the waffle irons. Life’s best memories often involve fishing. This Thanksgiving you can create those memories with the Reel Roaster, which is an extendable, hand-held roasting spit that spins when you crank the reel, so that you can fool the toddlers into thinking they are fishing with marshmallows and hot dogs for bait.

Happy Thanksgiving. We’ll see you the day before or the day after, but for the 92nd year, not on the day.